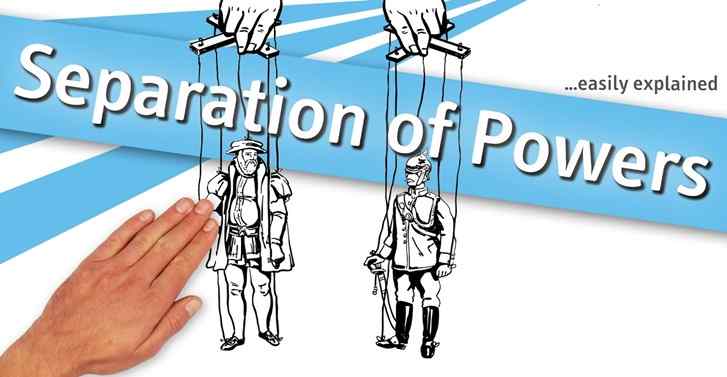 In earlier times, there is a monarchy, it is a system in which a king or queen, rules a kingdom or empire. Here there is an absolute rule of the ruler and the rights of the public are somewhere missing. To solve the problem, a better alternative was suggested which is the SEPERATION OF POWER.
The theory was originated by ARISTOTLE and it was developed by LOCKEÂ  and the theory was propounded by MONTESQUIEU. These are the famous jurist in ths theory. Montesquieu has propounded this theory in his famous book the ESPIRIT OF LAWS. The doctrine of separation of power is based on TRIAS POLITICA. In this book he talks about three organs of government :
1) LEGISLATURE :Â
An assembly that makes laws for a political unit.
2) EXECUTIVEÂ
The body implements and enforce the laws made by the legislative branch.Â
3) JUDICIARYÂ
It is that branch of government which is responsible for interpretation and application of laws.

According to the above-mentioned jurists among these three organs of government, each of the branches of government has its own function and they should not intervene in other branches of government. The functions should be in distinction with each other. The system of separation of power helps in reducing the arbitness of government. It also helps in keeping checks on each others work. If any of the organs of government is exercising its powers unduly, then it could be solved under the principal of separation of power.
In India the legislative powers rest with Parliament, the executive is with President and the judiciary is handled by the judges. But in India the separation of powers is in a broad sense not in a strict sense unlike the U.S.A. as the theory is very rigid in a strict sense.
In the same theory, another concept is originated that is the independence of the judiciary, which ultimately reduces injustice.Â
Apart from that, this theory is also imbibed with certain difficulties, as in a real sense the three organs of government are not independent of each other.

Note:- We try our level best to avoid any kind of abusive content posted by users. Kindly report to us if you notice any. This report may be copied from a news/channel/magazine/blog/site for knowledge sharing, where PathLegal DISCLAIM any ownership of the content posted and offer NO warranty about the data. In case of any objection, please do write to [email protected]