Killing Is Passion Or Craziness? 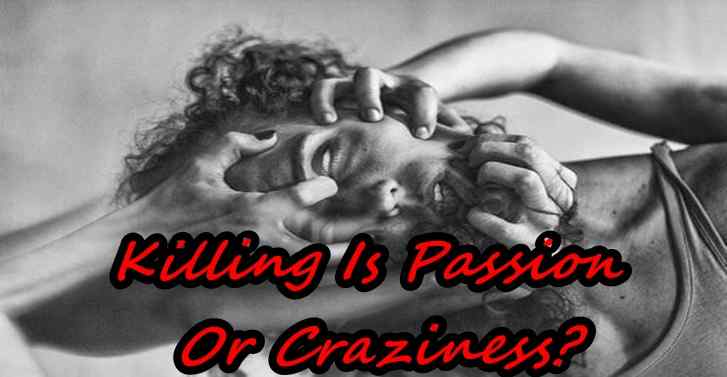 TIf serial killers are the most dangered creatures in the world. In the world there are murderers and then there are serial killers. There's usually some sort of motive behind most homicides but when it comes to serial killers, motive gets replaced by this psychological urge to kill; most often devoid of any logical reason or personal revenge against the victim. The world has known many serial killers. Serial killers are committed to an inhuman crime that is endless. Some who have actually stolen the spotlight for the hideous crimes committed against humanity.

The serial killers' mode of operation was different some killers after committed murder or a crime they put a common sign or anything written on the wall near behind the body for identity. Serial killers are continuously doing crimes so many studies, researches based upon the psychological motive and character analysis of the serial killer. Letâs have a look for the world-renowned serial killers and their modus operandi as follows; Â

Ted Bundy - His sick modus operandi included kidnapping his female victims, raping them, and then dismembering them. He often kept their heads as souvenirs. He admitted to kidnapping and murdering 30 women, though this number is almost certainly much higher.

Andrei Chikatilo - Russian serial killer Andrei Chikatilo sexually assaulted, murdered and mutilated more than 50 young women and children. One of the youngest was nine years old.Â He used to kill victims by stabbing and slashing them with a knife. His nickname was Butcher of Rostov, Red Ripper, and the Rostov Ripper and he confessed to a total of 56 brutal murders, he was tried for 53.

Jeffrey Dahme- He is known as the Milwaukee Cannibal, was ultimately convicted of murdering 17 young men over a 14 year period. But Dahmer didnât just murder them. He also raped, dismembered, and sometimes even ate his victims it was a horrible thing.

Albert Fish â He was tried and found guilty of raping, killing, and cannibalizing three children in the early 1900s. However, he claimed that he had murdered more like 100 children, and even talk with excessive prideÂ  that he âhad children in every state.â Another heinous thing was he sent a letter to the mother of one of his victims, 10-year old Grace Budd. The letterÂ has a detailed des c r i p tion of how he had seduced the little girl, strangled her, and then cut her into pieces to eat over the course of nine days.

John Wayne - He was nicknamed âKiller Clownâ. He was convicted of raping, torturing, and murdering 33 teenage boys over a six-year period. He seduces them to his home, kills them via either strangulation or asphyxiation, and then bury them on his property.

Jack the Ripper âthis name may be that everyone knows, but no one knows the true identity ripper. Whoever he or she really was, In 1888, Jack terrorized the Whitechapel neighborhood of London by cutting the throats and abdomens of at least five prostitutes and leaving them for dead. Sometimes, he would even remove the womanâs uterus and take it as a sort of prize. Its unlikely Jack the Ripperâs true identity will ever be figured out, the study and analysis of the murders have known as Ripperology.