Differentiate Between Laws And Rules 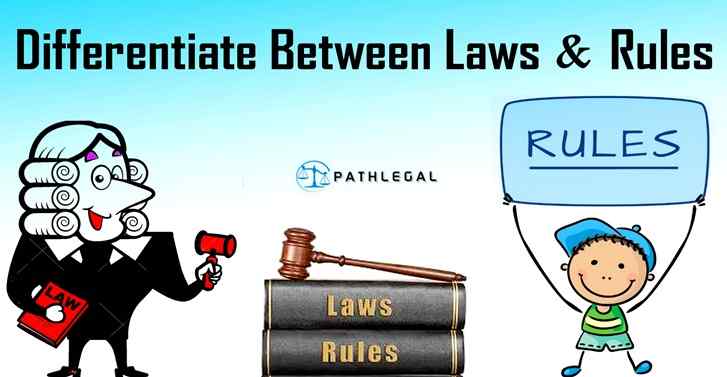 We normally hear âDonât break the rules !!â or âObey the lawâ. There are times when laws and rules are swapped while conversing with people or with aÂ specific person. There are differences between the âLawsâ and âRulesâ.

Laws of one country are way different from the laws of another country. These laws become statutory laws when it is passed by the Legislature of that country by vote after it created bills. Laws are also made by the Sovereign authority of that country and the ability to make laws are delegated to the other subordinate bodies.

The laws made govern the behaviour of people in the society and mention the âDOâs â and âDONâTsâ. There are law enforcement agencies like police, judges. Laws contain the procedures, principles and a prescribed limit or standard which has to be followed ardently and strictly. Those violating or going against the laws can be punished by Courts and may have to pay humungous fines, doÂ community service and so on.

Each time in the process of making law, the law-makers require to look into every aspect and angles and determine the consequences, what in case anything other than that mentioned in law happens or any other sorts, are scrutinized. This is for maintaining harmony and for the betterment of the people of the country.

When law of a country is broken then corresponding legal action is taken. But for making law, it has to be passed through a specific set of processes and it is made and set by the particular government of that country.

In general, rules are instructions which give us an idea about those things which are allowed and which are not. They make up the laws. They are also guidelines for the efficient functioning of the system or organization. But rules are flexible, unlike laws.

Rules can be changed according to the changes occurring internally in a system or organization or depends on people or situations and not as formal as law. Enforcement of rules depends on the person enacting it and the consequence for violating rules is also dependent on the person enforcing the rules.

Many a time. Rules are required as per the circumstances. Rules can be that in a household or in a school. Rules differ. There are rules in games too. Rules are also set by individuals. The consequences for breaking rules are normally mild.