Can A Crime Be Committed In Outer Space? 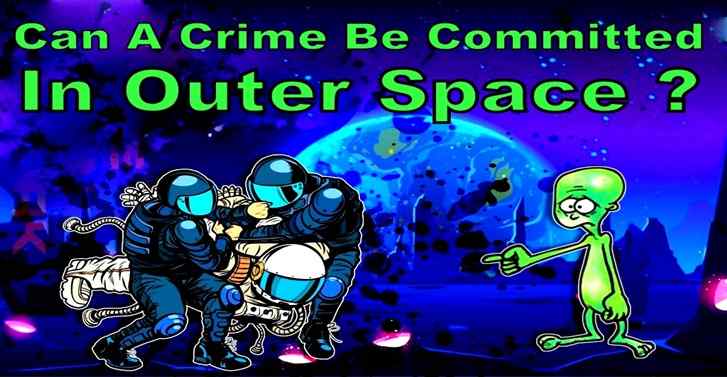 Have you ever wondered about crimes that are committed in outer space? If that is so, ever thought who can investigate such crimes? What law governs such crimes committed in space? It is a fact that no place is completely free from crime and so is outer space.

As a matter of fact, there are chances of crimes being committed in outer space. Alleged commission of crimes in spaces requires investigation too. When in such a circumstance, ever wondered who investigates such a crime which has occurred in outer space? There is a drastic increase in activities in space by man. To make it more complex, space tourism in the future is set on making unimaginable as imaginable. Till then, only astronauts could see space after undergoing many precautions and training. Space was just seen in images,Â  real and unseen, by many other than astronauts.

When A Crime Is Committed In Outer Space

It is to be noted that no country owns outer space. So if crimes are committed in outer space then as per Article VIII of the Outer Space Treaty, 1967 :

âA State Party to the Treaty on whose registry an object launched into outer space is carried shall retain jurisdiction and control over such object, and over any personnel thereof, while in outer space or on a celestial body .â

These are the two concepts of legal nature regarding outer space. Also, it is related to high seas and Antarctica. Â

There is a treaty in connection to outer space called Outer Space Treaty which had its inception in 1967 and listed out rules inclusive of placing outer space as a territory having extra jurisdiction and no State can exercise its right over outer space.

All these come under the United Nations Office Of Outer Space Affairs. Amongst them, the Outer Space Treaty is more important in terms of crimes committed in outer space.

Crimes may happen in space and in such circumstances, certain laws are enacted to deal with it.